This is the season when the Colts ended up in Super Bowl III against the Jets and... well, you know the rest... 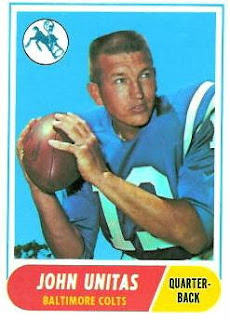 Johnny Unitas - After 12 seasons as the Colts' starting QB, Unitas rode the bench in 1968, as journeyman Earl Morrall started every game, including the Super Bowl. Unitas threw only 32 passes during the regular season, and his late-game entry into the Super Bowl was too-little too-late for the Colts. 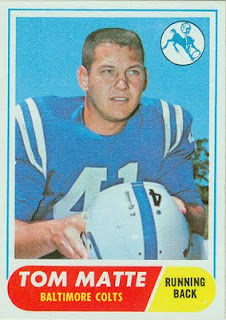 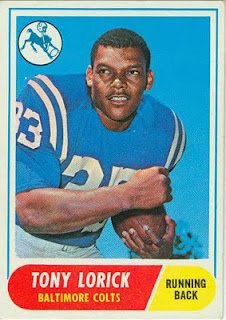 Tony Lorick - The Colts' 2nd-round pick in 1964, Lorick played for the Colts for 4 seasons, the last 2 as their starting fullback. He finished his career playing for the Saints in 1968 and 1969. 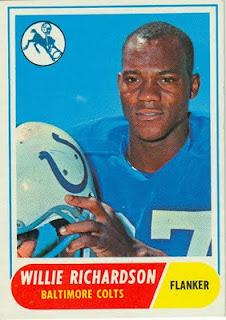 Willie Richardson - Willie played for the Colts for 7 seasons (1963-69), the last 3 as their starting flanker. Beginning in 1970, longtime wideouts Richardson and Jimmy Orr were replaced by Roy Jefferson and Eddie Hinton, with Richardson heading to Miami. After 1 season backing up the Dolphins' Paul Warfield and Howard Twilley, Willie returned to Baltimore to finish his career in 1971. 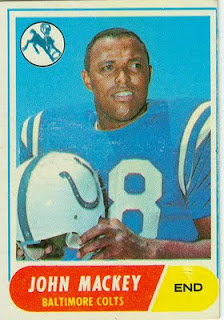 John Mackey - Mackey was the premier tight end in the NFL during his career. He joined the Colts in 1963 and was their starting tight end for 8 seasons. After one more season in Baltimore, he finished his career in 1972 with the Chargers. John was inducted in to the Hall of Fame in 1992. 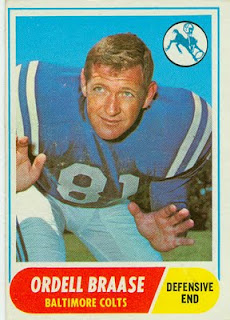 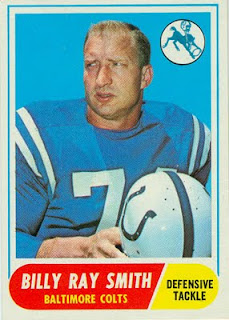 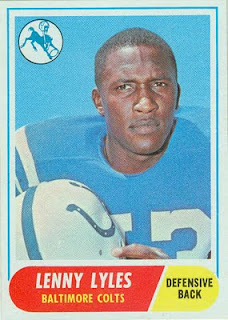 Lenny Lyles - Lyles was the Colts' #1 pick (11th overall) in the 1958 draft. He played in the league for 12 seasons, all with the Colts, except for 1959-60 with the 49ers. He was primarily a kick returner for his first 4 seasons, then played right cornerback for his last 7 seasons. 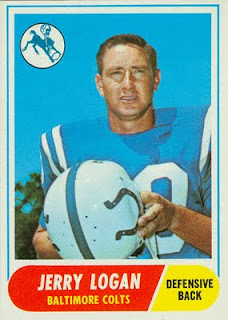 Jerry Logan - Logan played his entire career (1963-72) with the Colts. After returning punts as a rookie, he was the team's starting strong safety for the remainder of his career.

Posted by Jim from Downingtown at 10:33 PM No comments: