As you may have noticed, my football card blogs have been even more neglected than my baseball card blogs. I guess there are many reasons:
- So many scans per blog entry.
- Mostly the same half-dozen or so players from one year to the next, so it's hard not to repeat myself.
- Mostly though, I’ve just lost interest in football over the years.

On the other hand, I don’t like to leave things undone. So, I’m going to attempt a reboot of my 4 football card blogs. There are 30 teams remaining to be posted across the 4 blogs. At 9 to 10 cards per team that’s about 300 scans.

So the format will change a bit for the remaining posts. The cards will be scanned in groups of 8 or 9 to minimize the number of scans. Since football season is starting soon (maybe), I will try to post 1 or 2 teams per week, which will wrap up these 4 blogs by the end of this season. Then I will retire them knowing they are complete.

Before the 1967 season they acquired Fran Tarkenton from the Vikings and improved to 7-7, a record they would repeat in 1968.

The Giants would not have a winning record until 1970, when they finished in 2nd place with a 9-5 record. (They would not finish that high in the standings again until 1984.) 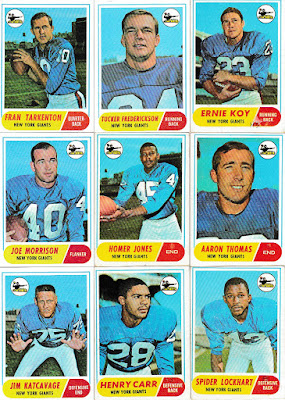 Fran Tarkenton played for the Vikings from 1961-66, and 72-78. In between, he spent 5 seasons in the Big Apple. He started all but one game for the Giants. Four of his nine Pro Bowl selections came as a Giant.

Tucker Fredrickson was the first overall pick in the 1965 draft. He was the starting fullback as a rookie, and made the Pro Bowl. After missing 1966 with a knee injury, he was a part-time starting fullback for the rest of his career (1967-71), although starting for most of 1970.

Henry Carr was a track star at Arizona State University, and won 2 gold medals at the 1964 Olympics. The Giants drafted him in 1965, ostensibly so they would have someone who could cover the Cowboys’ Bob Hayes. He was a starting safety for 2 years, then started at right cornerback in 1967. A knee injury ended his career.

Spider Lockhart was a 13th-round pick in 1965, but started almost every game during his 11-year career (1965-75). After 2 seasons at left cornerback, he moved to free safety. He also returned punts most years, and punted a few times during his first 4 seasons. He was a 2-time Pro Bowler.
Posted by Jim from Downingtown at 4:53 PM No comments: 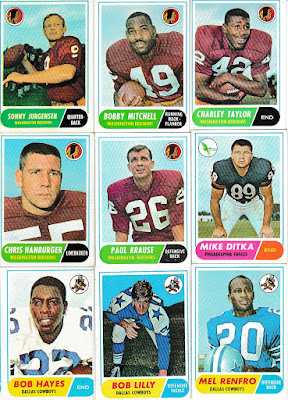 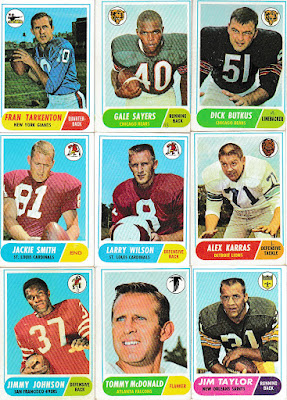 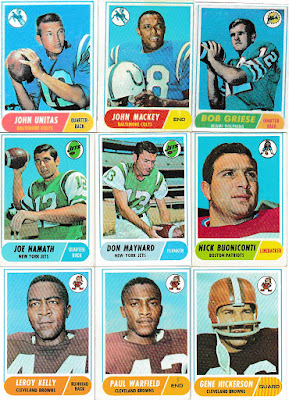 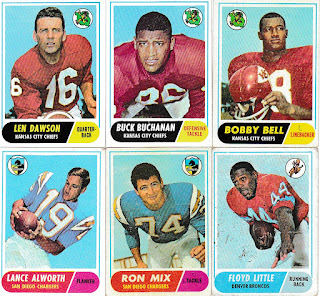 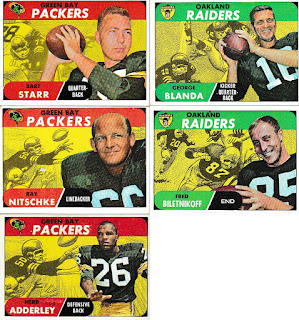