Here are the cards for the 1968 Rams. Most team sets in 1968 included 8 or 9 cards. There are 12 Rams cards because 3 of them (Milt Plum, Tommy Watkins, Pat Studstill) were recently traded from the Lions to the Rams. (The Lions only have 6 cards in the set.)

The Rams were coming off an 11-1-2 season in 1967, winning their division but losing to the Packers in the playoffs. I'm not sure why the Rams made the trade for the above players, because Roman Gabriel, Les Josephson, and both starting wide receivers (Jack Snow and Bernie Casey) made the Pro Bowl in 1967. Fullback Dick Bass also rushed for 600+ yards, so it seems they didn't really need the services of Plum, Watkins, or Studstill.

In 1968 the Rams dropped to 10-3. Gabriel made the Pro Bowl again, Bass was one of the team's starting backs (with Willie Ellison replacing Josephson), and Snow and Casey each had 29 catches. Pat Studstill only caught 7 balls and was mainly used as the punter. 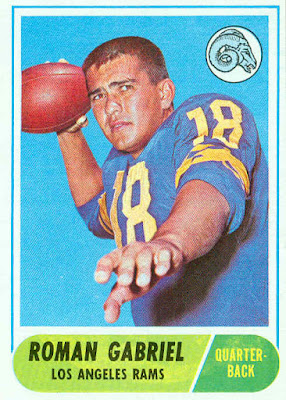 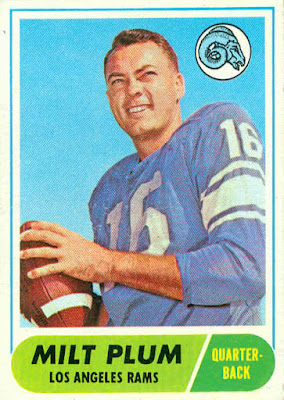 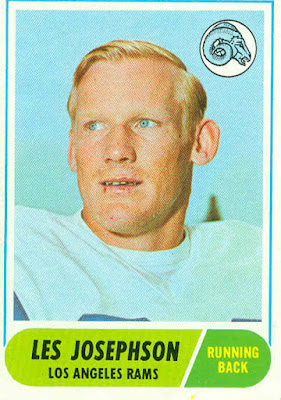 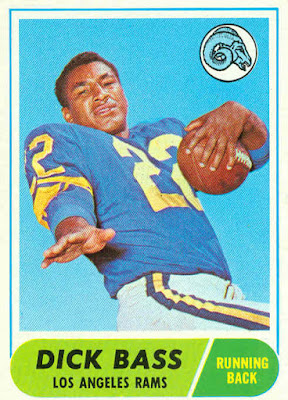 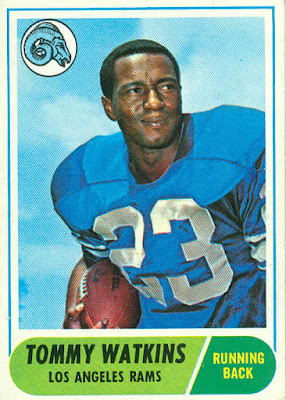 Tom Watkins played for the Browns in 1961 and the Lions from 1962-67. He was mostly a return man with the Lions, and led the NFL in punt returns and return yardage in 1963. Although part of the Lions/Rams trade after 1967, he did not play for the Rams. He played in 1 game for the Steelers in '68, then retired. 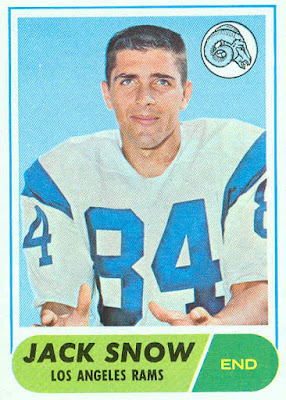 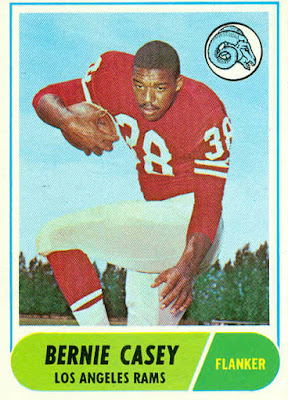 Bernie Casey was picked #1 by the 49ers in 1961, and after one year as a backup, he was their starting flanker for 5 seasons. He finished his career as the Rams' flanker in '67 and '68. After football, Bernie acted in dozens of movies, including the role of Felix Leiter in "Never Say Never Again". 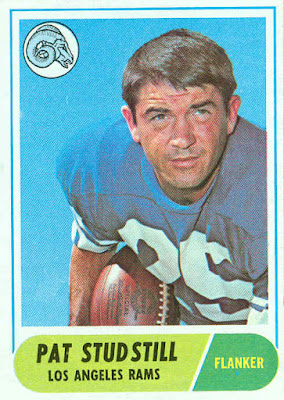 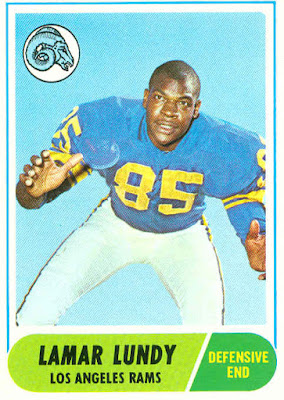 Lamar Lundy was the right defensive end in the Rams' famed "Fearsome Foursome" defensive line. He played his entire career (1957-69) with the Rams, and was a starter from 1959-67. 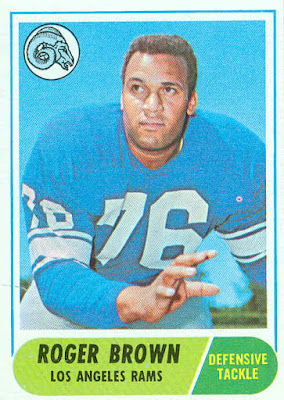 Roger Brown was the starting right defensive tackle for the Lions in his first 7 seasons (1960-66), with Pro Bowl appearances in the last 5 seasons. Acquired by the Rams in 1967 to replace the retired Rosey Grier, he played 3 more seasons (2 as a starter, plus another Pro Bowl appearance). 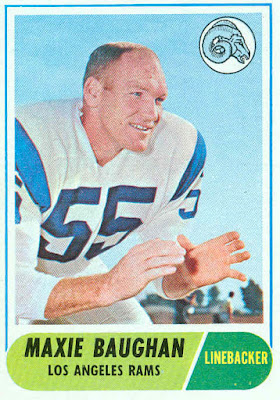 Maxie Baughan was the Eagles' 2nd-round pick in 1960, and was a starting outside linebacker for the next 11 seasons (including 9 Pro Bowls). He played 6 seasons with the Eagles, and 5 with the Rams. He retired after the 1970 season, but was activated by the Redskins (where he was coaching) for 2 games in 1974. 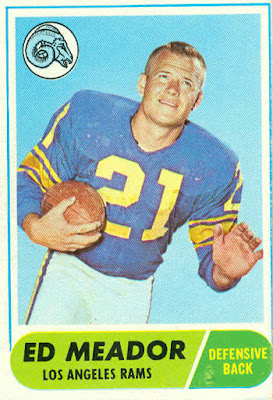 Ed Meador was drafted by the Rams in 1959, and played all 12 seasons as a starting DB for them. After 5 years as a cornerback, he moved to free safety for his final 7 seasons.

.
Posted by Jim from Downingtown at 10:15 PM No comments: